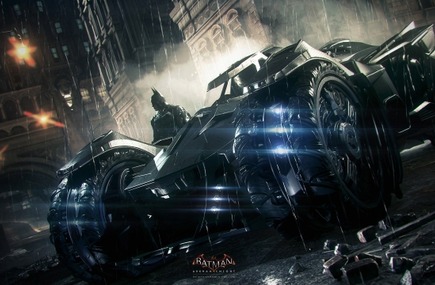 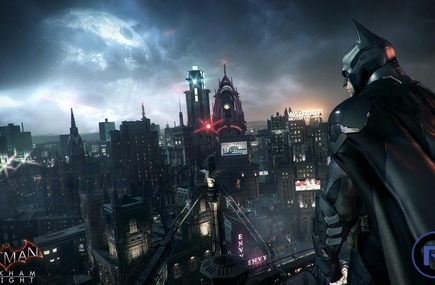 Batman: Arkham VR is a game that will immerse you in the dark world of Batman. You are now clearing out Gotham while wearing a superhero costume. The environment has never been so bleak. You will visit the most famous locations in the DC universe. You will also be able to meet other heroes and complete tasks together.

Batman: Arkham VR is based on the fight against evil. The game is fully presented in the first person. Batman has incredible physical and intellectual abilities. Therefore, by putting on a helmet, you become the main character and must make the right decisions to save the city from evil. But he does not fight alone, Robin, Alfred, and Nightwing help to cope with troubles.

You will be able to meet and fight with the most famous enemies of the hero from the world of crime - the Penguin and the Joker. They will present the most incredible tasks, for the solution of which you will have to work hard. Therefore, you will have to not only fight the villains but also solve their riddles.

The description of the storyline of the game begins with a nightmare that dreamed of young Bruce. In it, he sees how his parents are killed on one of the streets of Gotham. But the bad news doesn't end there. Upon awakening, the butler Alfred reports that Robin and Nightwing are missing. The main character immediately takes off to find his friends.

During the search, he learns of Nightwing's death. Therefore, now his main task is to find eyewitnesses to the incident. But it turns out that the witness is also dead. This is reported by one of the Penguin criminals. Therefore, the hero now needs to independently solve a lot of puzzles to get on the trail of a real criminal.

Simultaneously with the search, Robin gets in touch. He informs Batman that he is still alive. But he is being held in a secret place and the young superhero asks for help.

Batman miraculously manages to save Robin. But the hero himself is trapped. It was organized by Batman's main worst enemy, the Joker. He tries to morally put pressure on the superhero in order to break and implement his insidious plan.

If the hero manages to get out, then even greater adventures await him. He will be able to visit the Arkham mental hospital. From now on, really scary things will happen. Batman will see the dead prisoners who will pursue the billionaire. What is this, the Joker's plan or is he really starting to go crazy?

Once in the universe of Gotham, you will be able to consider every element of the game, communicate with your associates and fight villains. But everything is not so simple, you will have to not only fight but also solve the most difficult tasks alone. Look for clues to speed up the solution process. And the most interesting part of the Batman: Arkham VR storyline is that you can ride a Batmobile and use all the masked superhero features.

Try to be constantly on the alert, because the villains strive to pounce on you from behind and kill you. By the way, you can see each of them up close.

Without such data, the game cannot be played on the device.

In the reviews, users who have already rated the game note:

All items create a unique atmosphere of the Batman: Arkham VR gaming world. They help you dive headlong into adventure and enjoy an unforgettable atmosphere. All this characterizes the world of Gotham, which meets with great troubles every day.

Batman: Arkham VR is a unique universe where each player can see how difficult it is to save the world from criminals wearing an HTC Oculus virtual reality helmet. Here you will have to solve complex puzzles and learn to distinguish reality from visions. Come to the Vrata gaming club and feel like a real superhero opposing the forces of evil.