Fallout 4, a legendary post-apocalyptic adventure from Bethesda Game Studios and winner of over 200 Best of the Year awards, including DICE and BAFTA Game of the Year, which immerses you in virtual reality. 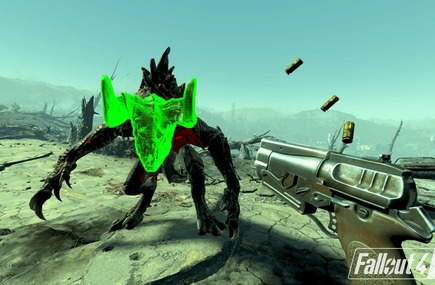 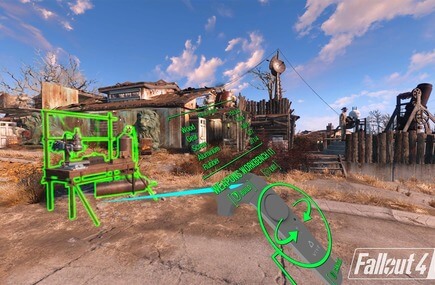 So it's time for Bethesda Game Studios' Virtual Reality (VR) release, and it's going to be huge. Fallout 4 VR - what is it? This is an Action RPG game. Before that, the developer released The Elder Scrolls V: Skyrim VR and DOOM VFR, both of which have received near-universal acclaim, showing that a standard video game port for VR can work as expected when given the proper attention. Fallout 4 VR has become the most revered release, allowing gamers to immerse themselves in the game using the HTC Vive's high-precision room tracking system to begin an immersive journey that can last hundreds of hours.

When the world saw the first Fallout in 1997, it was a great success, not only because of the huge post-apocalyptic world and a great story intertwined with a huge amount of dialogue but also because of the many decisions thanks to a combat mode called VATS

What is the plot?

Fallout 4 VR begins in the suburbs of the American town of Boston, minutes before the tragic consequences of a nuclear explosion. During a short introduction, we get to know the relatives of the protagonist and create our character, make changes to the appearance and assign skill points. A moment later, the aforementioned explosion occurred, after which our main character makes his way to the anti-nuclear shelter number 111. The corresponding action begins 200 years later when the character we control comes out of hiding to the surface and begins to fight for life in a hostile, post-apocalyptic world. Our main goal and mission are to find other family members.

Fallout 4 offers us complete freedom to explore the world available in the game and apply our playstyle.

The graphics look amazing right from the start. The action in Fallout 4 VR in the PC version is a first-person experience, and the game mechanism is largely based on solutions known from Fallout 3. The game brings back, among other things, such characteristic elements as the S.P.E.C.I.A.L. or the V.A.T.S. sighting system, which allows you to accurately shoot at a selected part of the enemy's body.

The ultimate goal set by the creators was absolute freedom, so everything depends on the player, where he goes, and how his actions will affect the development of the story.

Both in Fallout 3 and the Quartet, battles with all kinds of opponents are an integral part of the game - from bandits to mutated animals and other dangerous creatures. We can fight in real-time, like in a classic gunfight, or switch to V.A.T.S. After activating it, time slows down significantly, and we can aim the weapon at a specific part of the body of our enemy. By enabling slow motion and highlighting where you aim at enemies, V.A.T.S. makes it much easier to fight the most powerful opponents.

According to reviews, Fallout 4 VR is so impressive that you can play for hours.

Compared to previous releases, the crafting system has been greatly expanded, making it possible, among other things, to recycle environmental elements and use them to construct completely new objects and even entire buildings that serve as a refuge for the hero and other surviving characters.

There are several dozen main types of weapons available in the game, each of which can experience hundreds of new modifications.

We can travel the post-apocalyptic wastelands with one of several travel companions. There are 12 of these characters in Fallout 4, and each of them offers a romantic line, regardless of our gender. Among the companions, there is also a dog, to which we can give contextual commands and, for example, order to attack the enemy or bring objects.

To install Fallout 4 VR you need:

The Fallout atmosphere surrounds you from all sides, you are part of the environment. If you've been waiting to start playing virtual reality, Fallout 4 VR is the best solution you have. Not only does the game come bundled with the HTC Vive, but it is also one of the most impressive VR games to date. You can book a game in Odesa by visiting the Vrata virtual reality club!