There are many genres of VR headset games: action, shooter, RPG, racing, adventure, sports, but simulators have won the hearts of players. Against the background of its fellows, Job Simulator stands out for its fun gameplay. Just imagine: a person is standing with a PlayStation VR on his head with two joysticks in his hands and waving them funny.

If we talk about simulators in general, they transfer the player to a certain role. A person can become anyone and do different jobs from a pizza delivery man to a country's president. The genre of simulations even allows you to become a stone, quietly lying on the grass in the park. A common feature of all simulation games is that the player can transform into what he cannot become in everyday life. An ordinary person living in a province or a metropolis is not given to know what it is like to be a bomber pilot or a driver in a tank.

But the Job Simulator developers caught up and surpassed their competitors. They made a simulator of those professions that, on the contrary, are available to any person and seem simple, and sometimes even boring. You can become an office worker, a mechanic in a car service, a salesman in a store, or a canteen worker in an outstanding cafe. These professions were absurdly turned upside down by the developers. In Job Simulator, you have fun as you please: during the game, you can mock and joke with clients, arrange frames. The authors have filled their brainchild with an ocean of absurd but funny humor.

In the demo version of the game, you could get acquainted with the profession of an ordinary office clerk. All the things needed for work were located on the table: reports, important papers, pens. Robots flew up and showed pictures with tasks. And if all of them are fulfilled, then the game is passed quite tediously and quickly. But Job Simulator is made for fun! Knockdown interior items, give your character liters of coffee, and give the robots funny pranks! You can also break a printer or shower your employers with donuts - the fun is limited only by your imagination.

The rest of the professions are not too different from the one presented above. The bottom line is to do everything except the routine work. Job Simulator is a great game to spend a couple of days in and forget because the gameplay gets boring pretty quickly.

And you can always play this game in our club of VR games - Vrata! We are waiting for you at the address: Odessa, st. Malaya Arnautskaya, 46. 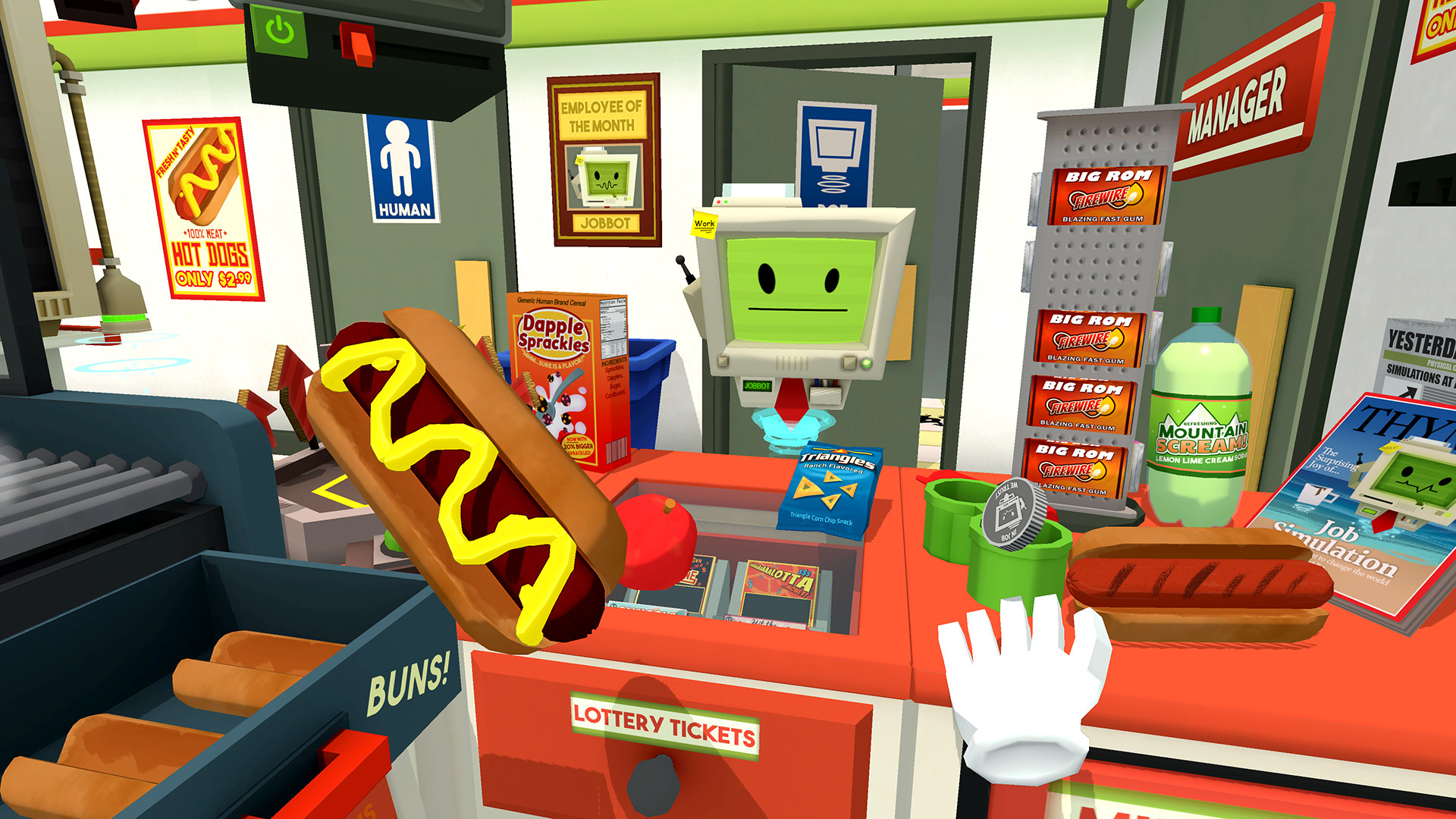