The essence of SUPERHOT VR boils down to the fact that the main character of the game is inside virtual reality. This is the Christopher Nolan-style approach: virtual reality within virtual reality. It even sounds incredibly cool, and when you, being inside the digital space, put on the second VR headset, it's hard to put into words. 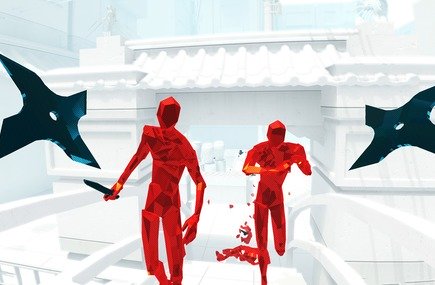 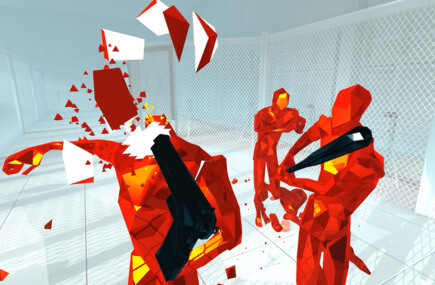 In the game, you have to participate in numerous short-term battles, during which hordes of faceless enemies will try to shoot, chop and beat you to death.

The first time you see SUPERHOT VR, you immediately realize that this game and virtual reality are simply made for one another. Here you feel like a real Neo from the movie "The Matrix", because now you have control over time. And here you are, dodging bullets flying at you, handing out "headshots" left and right. Even with your bare hands, you can easily break the heads of the bandits rushing at you, and if you have, for example, a meat cleaver at your disposal, you will not envy your opponents at all. Virtual reality works wonders, the game caused extremely enthusiastic emotions.

In SUPERHOT VR, the key is finding the right beat. And then the game turns into a real pleasure, combining first-person shooter and strategic puzzle with time management. Even when you are very tired, you just don't want to leave the game. This strange minimalist world makes you fall in love once and for all.